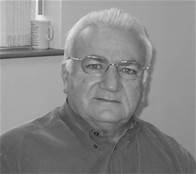 Stef Stefanou graduated with a degree in civil engineering in 1966 before working for Peter Lind, Fairweather and Holst (now Vinci SA). He moved to John Doyle Construction and became Managing Director in 1975 before then becoming owner and Chairman.

In 2002, Stef was the Chairman of John Doyle Construction when he attended a presentation at Imperial College London on the importance of industrial participation in academia. Stef’s experience of employing engineering graduates who had excellent technical knowledge but lacked practical skills led him to challenge academia to transform the way in which engineering was taught.

Stef became the founding Chairman of Constructionarium and donated his time and energy, as well as his contacts, funds and resources to enable its development from the first project in 2003 with 64 Imperial College students in Chiswick to the specially designed site at Bircham Newton which now hosts over 1000 students every year.